Dr. Leyko grew up in Poland during the Cold War era where his family was persecuted for its involvement in the opposition to the communist Soviet regime and, as a result, his family escaped to the United States. Upon arrival to the United States, Dr. Leyko attended Tustin High School in California. He also got his first taste of working various minimum wage jobs to help with the bills at home. At age 17 he entered the University of California, Riverside where he obtained his bachelor’s degree in Biology with a minor in Psychology.

After finishing his undergraduate studies, Dr. Leyko moved back to Poland where he received his medical degree at the prestigious Jagiellonian University, College of Medicine, the school famously attended by Copernicus himself. After graduation, he returned to the United States and obtained his Internal Medicine specialty at Michigan State University in Grand Rapids. His passion for Immunology led him to attend Stony Brook University in New York, where he completed his Allergy and Immunology fellowship. During his fellowship, Dr. Leyko conducted clinical research and authored several abstracts and articles.

Dr. Leyko joined Allergy Asthma Clinic in 2004 and in 2010 became its Medical Director. In 2019, Dr. Leyko took on an even bigger role at the practice and became the President and CEO of Allergy Asthma Clinic, Ltd. Dr. Leyko is also serving as a Clinical Assistant Professor at the University of Arizona, College of Medicine and is actively involved in the education of medical students, residents and the community. He also serves as a consultant to Arizona Medical Board. His journey to the United States, his motivation and drive to become a physician, mentor, and a business owner are the embodiment of the American dream.

Dr. Leyko’s specialties include immunotherapy, food allergy, and intolerance, rhinosinusitis, exercise-induced asthma, dermatitis, and hives. His passion for excellence in care along with dedication to his patients has earned him a myriad of different awards including Patient’s Choice, Most Compassionate Doctor, Super Doctor, and America’s Top Physician.

In his spare time, Dr. Leyko enjoys racing mountain bikes and trail running. He has won multiple racing events over the years and in 2016 became an Arizona State Champion. He is a mountain biking coach and is training his two sons in preparation for the Arizona Interscholastic Cycling League. He also enjoys hiking with his lovely wife and jamming on his guitar with his bandmates. 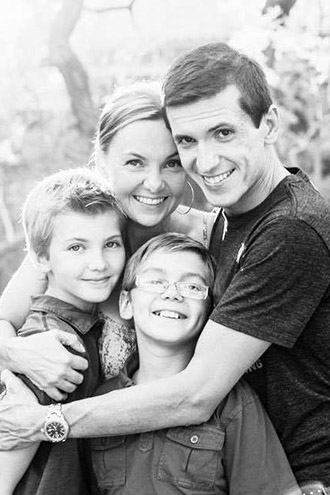